Use simple principles the value investors and quants utilize for at least few decades to systematically beat the stock market.

„I've created gemalpha to solve my own problem. I wanted to use extremely simple and reliable algorithmic strategy to make money in the long term. By using gemalpha you can expect to trade once per year on average and you should expect to beat the mean market returns in the long run.” 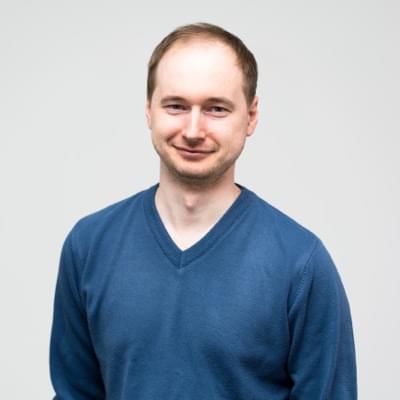 1. gemalpha sends you an email every year (on average) including the 24 most undervalued US stock companies. You rebalance your portfolio to hold these stocks (equally weighted).

2. Systematically follow rule 1. and patiently wait for returns exceeding the market average in the long run.

Basically, what it shows is what multiple of company's annual operating income investors are willing to pay for given company (enterprise value). So, in rough words, how low-priced given company is according to their financial fundamentals.
We filter out companies whose market capitalization is less than $100 million. We exclude foreign companies, Limited Partnerships and companies from sectors: utilities and finance. We are selecting 24 companies ranking the highest.
Additionally, before sending emails we recheck manually each and every company from our list to filter out potential frauds or suspicious financial statements.
So that's whole algorithm. We strongly believe in following simple models following sensible assumptions about the market. One of the benefits of using simple algorithms is we can easily avoid the problem of curve overfitting.

You can read the source code (following closely our internal code) of our algorithm here (less than 100 lines). You can play with it and test it by yourself for different time periods.

Why you should expect that our simple formula will perform better than the market average?

Fundamentally our strategy is based on one of most respected general investor strategies: "The Value Investing". Concept is very well described here. Excerpt:

Value investing is an investment strategy that involves picking stocks that appear to be trading for less than their intrinsic or book value. Value investors actively ferret out stocks they think the stock market is underestimating. They believe the market overreacts to good and bad news, resulting in stock price movements that do not correspond to a company's long-term fundamentals.

This general strategy is very well known but there exists many different variations of this strategy. Some of them are systematic (algorithmic, purely data-driven) others are discretionary. Their market performance may vary greatly.
We believe in systematic, mechanical and data-driven approach.
gemalpha's systematic strategy derives from very simple algorithm: The Magic Formula. It was first described in the 1980 best-selling book "The Little Book That Beats the Market" and in the 2010 follow-up, "The Little Book That Still Beats the Market” by investor Joel Greenblatt. Basically, strategy suggests purchasing 30 "good companies": cheap stocks with a high earnings yield and a high return on capital. This formula was backtested for many different time periods by many researchers around the globe and their results really shows performance which is better than the market average and S&P500. Please find deeper analysis here.
gemalpha's strategy is partially similar to Magic Formula, but it follows closer another very simple mechanical strategy outlined by Tobias Carlisle in his book "The Acquirer's Multiple: How the Billionaire Contrarians of Deep Value Beat the Market" (using "ebit / enterprise value" multiplier as the ranking factor) where he showed that his simple systematic strategy performs better than the market average in many different countries and for many time periods - and actually in most of the backtests performs better than Magic Formula as well. What is different between Carlisle's formula and gemalpha's is that our formula is using operating income instead of ebit (we believe in even simpler models).
Find out more about this strategy and its rationale by watching Carlisle's talk at "Talks at Google":

Our advice: never try to use some investing strategy before checking for yourself the past results, how it works and what are its pros and cons. The best way to check is to test by yourself given strategy using historical data.

We have performed many backtests (by randomizing selected set of companies for each rebalance) of our simple strategy for period between 2004.01.01 and 2018.01.01 (14 years) for US equities. All of them showed results better than the market average and SP500. You can see the open source code (with and without randomization) and our results without randomization (and with randomization - results will be different for each backtest), which we shared on the Quantopian (less than 100 lines), well-known open quant finance platform. You can play with it there and test it by yourself for different time periods.
Summary of the results (without randomization):
Recording of the backtest (without randomization):
Cumulative returns for 10 random backtests where algorithm was randomly selecting 24 out of 100 companies ranking the highest for each rebalance:
We ruled out also possibility that above backtests may be severaly biased due to using Quantopian's Stock Universe which in itself may perform significantly better than SP500 on average - what would mean that gemalpha's algorithm does not have real predictive power. However, our tests showed that performance of Quantopian's Stock Universe is nearly the same as SP500's performance (between 2004.01.01 and 2018.01.01).

gemalpha is not a broker/dealer, we are not an investment advisor. We are not regulated by the Financial Services Authority. Our content and investment strategy we provide is intended to be used and must be used for informational purposes only. It is very important to do your own analysis before making any investment based on your own personal circumstances. You should take independent financial advice from a professional in connection with, or independently research and verify, any information that you find on our site and wish to rely upon, whether for the purpose of making an investment decision or otherwise.
Moreover, we would like to draw your attention to the following important investment warnings.

In case of any questions or remarks send message here: